An Interview With Second Dimension Games 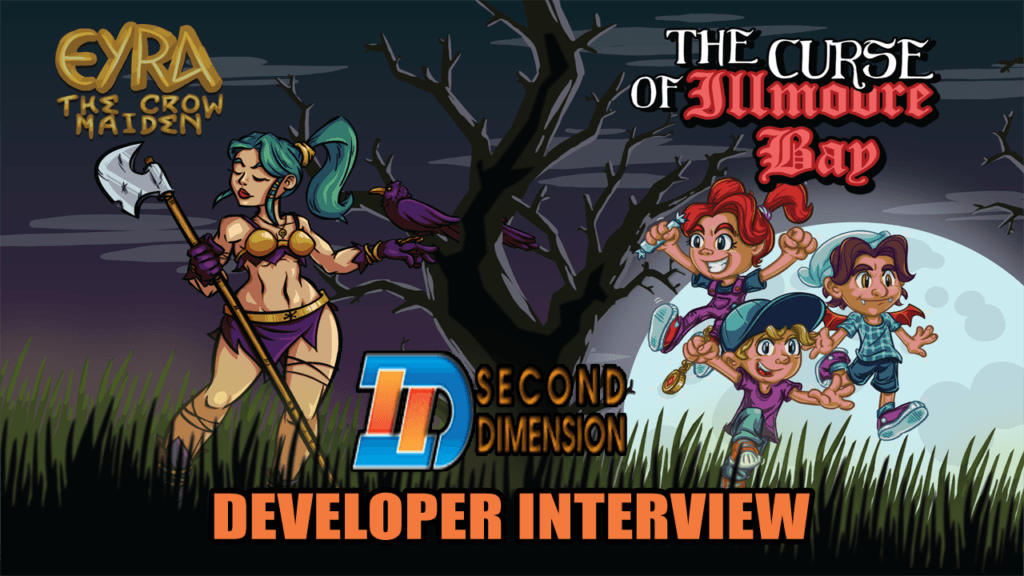 Mike sits down on a discord call with Adam from Second Dimension Games to learn about the development process for their two new games: Eyra the Crow Maiden (NES, GEN, SNES) and The Curse of Illmore Bay (GEN) coming to physical cartridge in 2021. Hear about the special guest actor they got to voice a role on Illmore Bay, the challenges of truly keeping a Kickstarter’s rewards exclusives, the difficulties and rewards of creating Eyra for multiple consoles and how a groove metal track by Adam’s old band ended up on the soundtrack release for Illmore Bay!

If you’d like to see me interview more developers, let me know in the comments for which developer/game you wanna hear about! What were your thoughts on these games? Are you one of the backers on either one? Do you have a preference for which Eyra you’ll pick up? Discuss in the comments below!

Thanks to Adam from Second Dimension Games for chatting with me! Check out their website here: https://www.second-dimension.com/

Check out more videos from Miketendo at http://www.youtube.com/dongled
View all posts by miketendo →