Posted on May 7, 2021 by MichaelBtheGameGenie 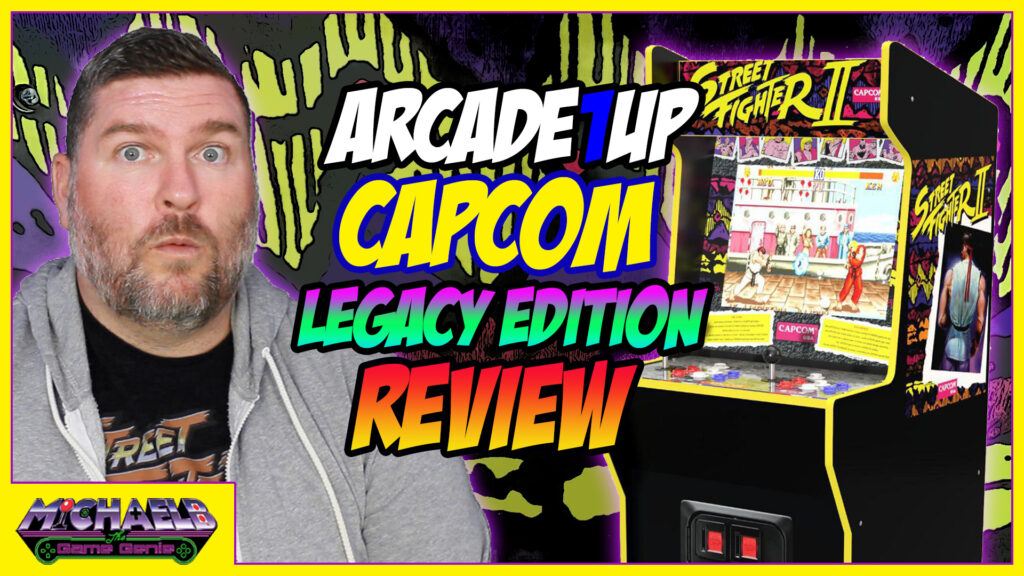 #arcade1up #capcom #legacyedition Today’s video is the Arcade1Up Capcom Legacy Edition Review where we take a look at the cabinet and how it compares to earlier models as well as take a look at the 12 awesome games it comes included with. Street Fighter 2 Theme: Frets of Fury by Vertexguy https://ocremix.org/remix/OCR02027 Check me out on: Patreon: http://www.patreon.com/MichaelBtheGameGenie Welcome to my channel. I have been playing and collecting games since 1987 and I use this channel to share my passion and memories of gaming. I review games that I believe are under appreciated or wrongfully dismissed on Game Genie Reviews. Video Game Nostalgia is a fun series where I take a look at a topic from my gaming past and share games that come to mind from it. I also do Top 10 lists, of course I do…what else is on youtube right? Well I like to think I put my own spin on them because they are based on my life in gaming. Hope you enjoy the channel and always looking forward to hearing from you. http://gamester81.com/ Facebook: https://www.facebook.com/MichaelBtheGameGenie Twitter: https://twitter.com/MikeBGameGenie Instagram: http://instagram.com/mikebgamegenie Twitch: http://www.twitch.tv/michaelbthegamegenie All music and video used are the property of their respective owners.

Star Wars fan? Then check out our sister site:http://swnut77.com