Posted on December 26, 2020 by MichaelBtheGameGenie 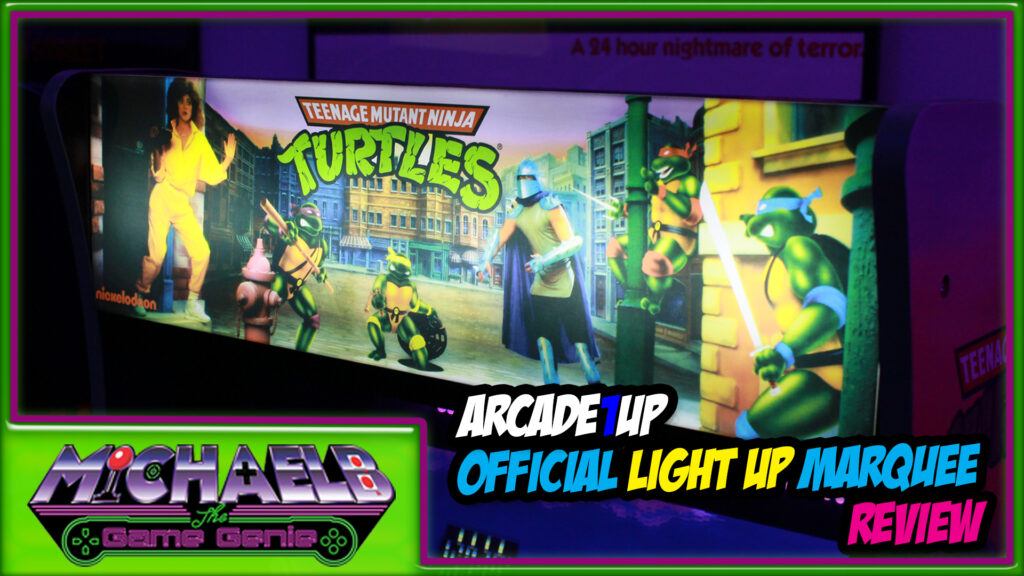 Today we are taking a look at the Arcade1Up official light up marquee. I have been patiently waiting for this product to release since CES of last year and now that it is finally here and installed on my cabinet did it live up to my expectations? Check me out on: Patreon: http://www.patreon.com/MichaelBtheGam… Welcome to my channel. I have been playing and collecting games since 1987 and I use this channel to share my passion and memories of gaming. I review games that I believe are under appreciated or wrongfully dismissed on Game Genie Reviews. Video Game Nostalgia is a fun series where I take a look at a topic from my gaming past and share games that come to mind from it. I also do Top 10 lists, of course I do…what else is on youtube right? Well I like to think I put my own spin on them because they are based on my life in gaming. Hope you enjoy the channel and always looking forward to hearing from you. http://gamester81.com/ Facebook:

Twitter: Tweets by MikeBGameGenie Instagram: http://instagram.com/mikebgamegenie Twitch: http://www.twitch.tv/michaelbthegameg… All music and video used are the property of their respective owners. For additional posts by MichaelBtheGameGenie: Click Here Join the Gamester81 forums: http://gamester81.com/forum Star Wars fan? Then check out our sister site:http://swnut77.com