Posted on December 8, 2020 by MichaelBtheGameGenie 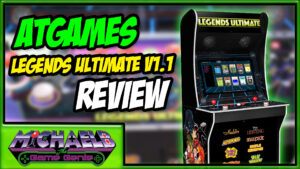 The AtGames Legends Ultimate New Version 1.1 Home Arcade is finally available in Canada and today on Game Genie Review we will be taking a look at it. I have been waiting to get my hands on this for about a year and now that I finally have it did it live up to my expectations? Also is it worth the price?