Posted on October 7, 2017 by Cygnus Destroyer - The LJN Defender 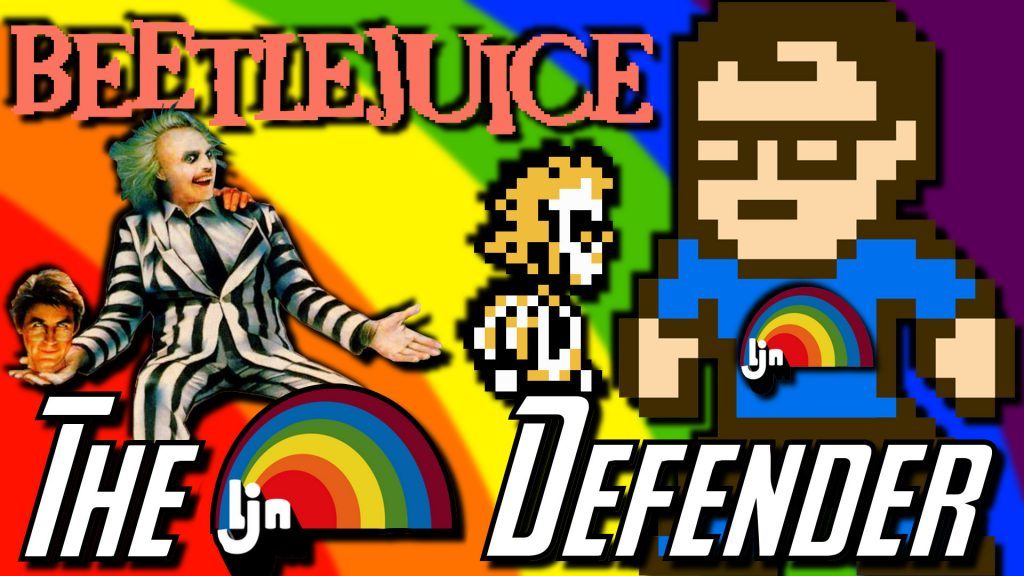 Beetlejuice for the NES finds the LJN Defender at a crossroads. After two unsuccessful attempts to stick up for the rainbow with Bill & Ted and The Uncanny X-Men, this third entry from the Nintendo 8-bit library offers a possible chance at redemption since it was produced by Rare, the developers behind the successful adaptations of Who Framed Roger Rabbit? & A Nightmare on Elm Street. With a damaged reputation on the line, will this Tim Burton licensed tie-in be a home run or a catastrophic strikeout? Find out on a new episode of The LJN Defender! Thanks for watching:)

New to the series? Catch up from the very beginning with the Back To The Future for NES review by clicking this link for the chronological playlist of all the episodes
►http://bit.ly/LJNPlaylist

LJN Defender sprite created by Pacnsacdave. Check out the game that it came from and a bunch of other awesome ROM hacks on his site: http://pacnsacdave.weebly.com/

TheWiiGuy’s 8-Bit Stereo: http://www.youtube.com/user/Wiiguy309 (check out Nikola’s channel for the Wolverine music featured in this video and so much more).

The LJN Defender is a series where I take on the unenviable role of sticking up for the company that has been nicknamed the “Shit Rainbow” in recent years by the AVGN and other notable critics.

LJN obtained the majority of the licenses for movie and comic properties for Nintendo consoles, such as the NES, Super Nintendo, and Game Boy. The high expectations held for video games based on beloved Marvel comics and movies lead to feelings of disappointment in kids of the ’80s and ’90s when they finally played what Beam Software, Atlus, Rare, etc. had to offer. It’s this disappointment that resulted in LJN receiving the reputation of producing crappy games to strike while the iron is hot.

This may be true, but just because a game has flaws, doesn’t mean that it can’t be fun. I grew up with these games just like many of you out there, and I enjoyed the time that I spend with them back then and to this day. That’s why I decided to create The LJN Defender. In this series, I will be voicing the opinion of the minority, those that like playing “bad” video games every now and then.

Over the course of the series, I will eventually end up covering the entire LJN catalog. Which will I be able to redeem and which are beyond redemption? Tune in to the continuing adventures of The LJN Defender to find out!

Have a retro title that you’d like to see me review or a “bad” game that you’d want to see me give a fair trial on Innocent Until Proven Guilty? Feel free to suggest one in the comments.

Also, if you want to know what video games I own, I keep track of most of my collection on Nintendo Age. Feel free to consult it when making a request:

As always, thank you for watching. Your support means the world to me:)

About Cygnus Destroyer - The LJN Defender