Bucky O’Hare – Was this Konami’s Answer to Mega Man on the NES? – RetroActive 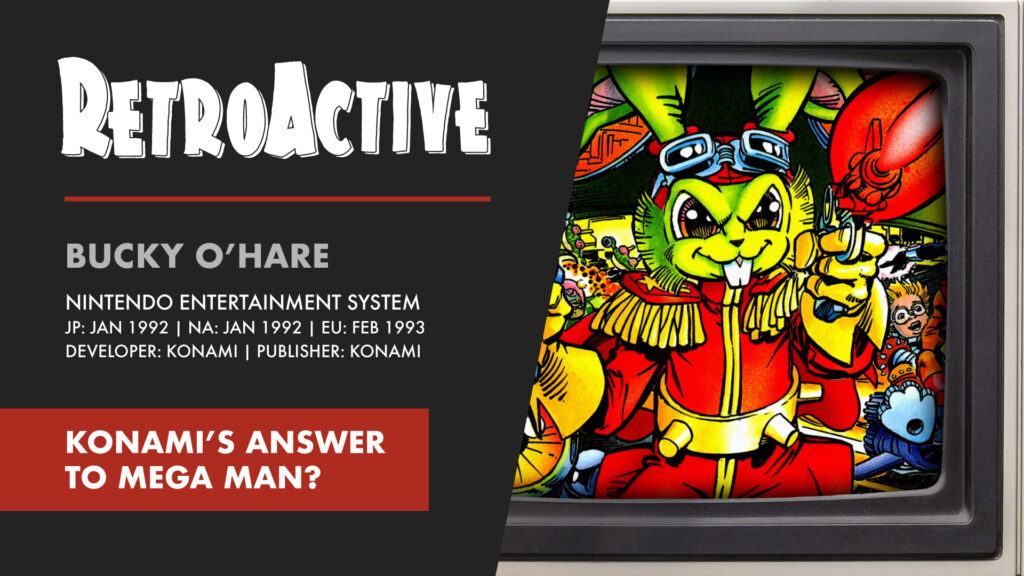 Bucky O’Hare was a game developed and released during the end of the Nintendo Entertainment System’s life. Bucky O’Hare on the NES seemed to borrow a lot of ideas from Mega Man and Battletoads; was Bucky and the crew Konami’s attempt to make their own Mega Man style hit?

RetroActive is a retro gaming focused web show that first began in 2010 and has come and gone several times since then. Video game content focusing on those classic games that are still cherished or sadly often forgotten. Take a step back in time and enjoy a bit of nostalgia or learn something new about gaming from the age of Atari, and beyond. Doesn't matter if it is from Nintendo or Sega, a great game is always a great game.
View all posts by RetroActive →