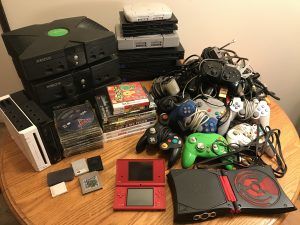 HE’S BAAAACK! The crazy bizarre electronics hoarder man from a year and a half ago offers up another stack of grody systems and some games.