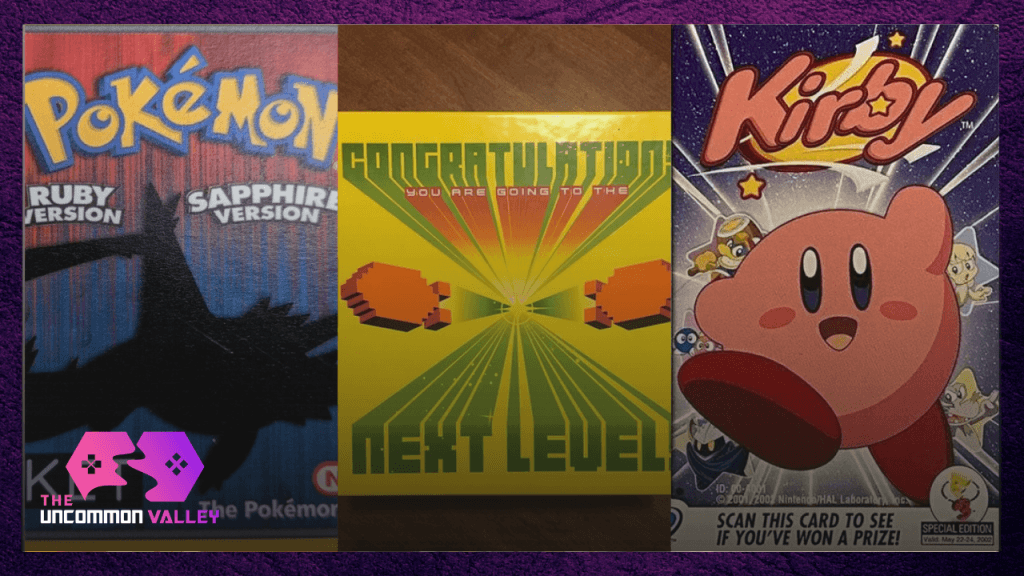 The Nintendo e-Reader, stylized as ereader, commonly abbreviated as e-Reader, known in Japan as the Card-e-Reader[a], is an add-on manufactured by Nintendo for its Game Boy Advance handheld video game console. It was released in Japan in December 2001, with a North American release following in September 2002. It has an LED scanner that reads “e-Reader cards”, paper cards with specially encoded data printed on them.

On this edition of The Uncommon Valley, we look at 3 individual cards that are highly sought after in the E-Reader card collecting scene, and cover over the separate histories of these cards and why they are hard to find out in the wild.

Thank you to ÅndersonCentral on Twitter for answering our questions for the video: https://www.twitter.com/robertjanderson