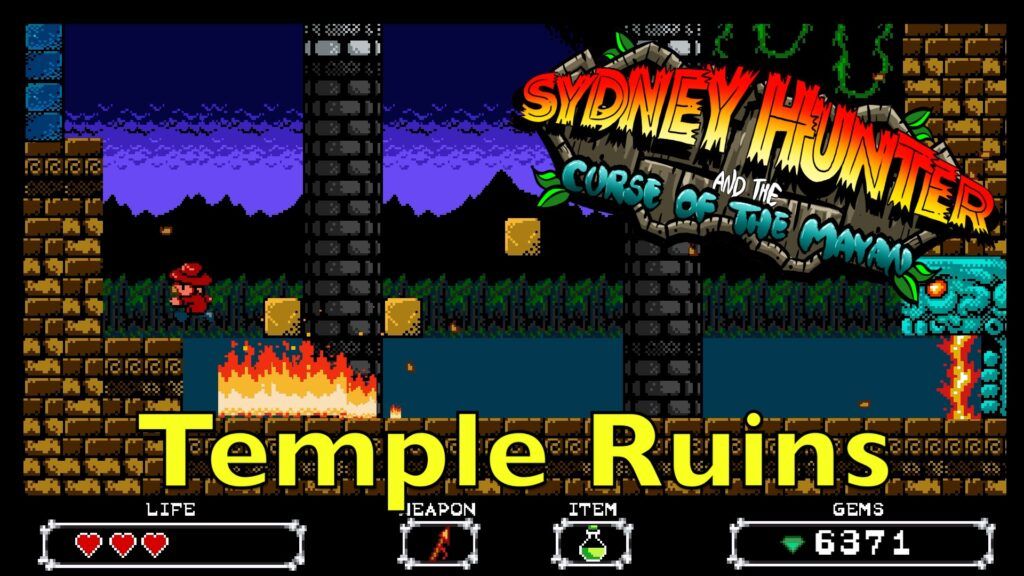 Here is the playthrough of the Temple Ruins level on the game Sydney Hunter and the Curse of the Mayan. The game is currently available on both the Nintendo eShop and on PC/Mac available on Steam and the Humble Bundle.

Available on the Nintendo Switch: https://www.nintendo.com/games/detail/sydney-hunter-and-the-curse-of-the-mayan-switch/