We’re Teaming Up with Limited Run Games to Release Dead Tomb for the NES! 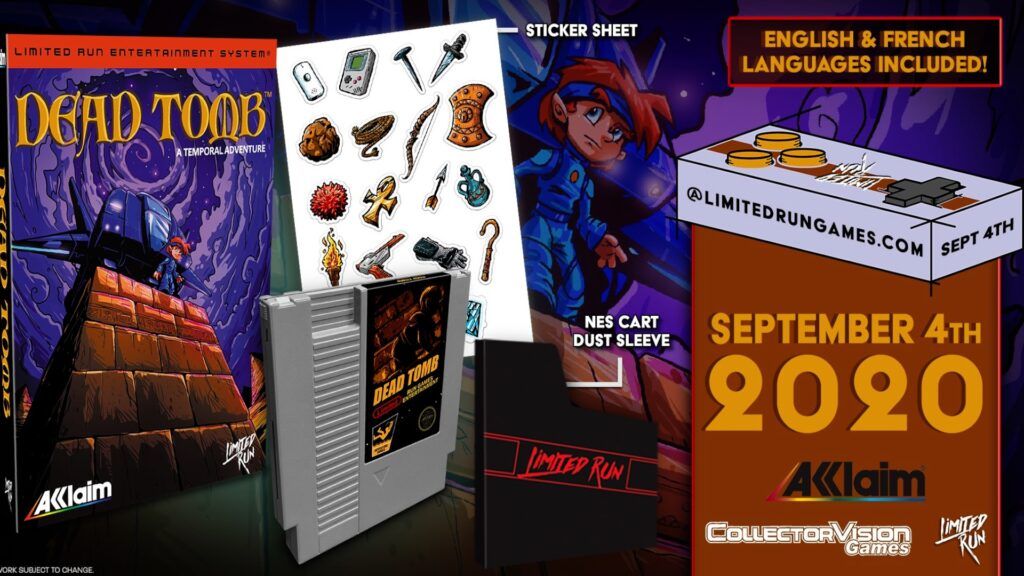 I’m excited to announce that we’re teaming up with Limited Run Games to release our game Dead Tomb coming out for the Nintendo Entertainment System aka NES.

Available from 9/4/20 to 10/4/20, and available at: https://limitedrungames.com/collections/neo-frontpage/products/dead-tomb-nes