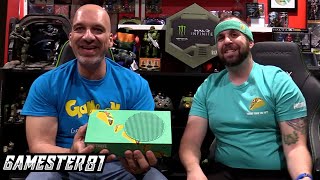 My friend Scott and I take a look at the rare Taco Tuesday themed Xbox Series S console, and share the backstory on it.